What is the difference between EBIT and EBITDA?

There are multiple metrics available to analyze the profitability of a company. EBIT and EBITDA are two of those metrics, and although they share similarities, the differences in their calculations can lead to varied results.

EBIT (earnings before interest and taxes) is a company's net income before income tax expense and interest expense have been deducted. EBIT is used to analyze the performance of a company's core operations without tax expenses and the costs of the capital structure influencing profit. The following formula is used to calculate EBIT:

Earnings before tax (EBT) reflects how much operating profit has been realized before accounting for taxes, while EBIT excludes both taxes and interest payments. EBT is calculated by taking net income and adding taxes back in to calculate a company's profit.

By removing tax liabilities, investors can use EBT to evaluate a firm's operating performance after eliminating a variable outside of its control. In the United States, this is most useful for comparing companies that might have different state taxes or federal taxes. EBT and EBIT are similar to each other and are both variations of EBITDA.

EBITDA or (earnings before interest, taxes, depreciation, and amortization) is another widely used indicator to measure a company's financial performance and project earnings potential.

EBITDA strips out debt financing as well as depreciation, and amortization expenses when calculating profitability. EBITDA also excludes taxes and interest expenses on debt. As a result, EBITDA helps to drill down to the profitability of a company's operational performance.

EBITDA can be calculated by taking net income and adding back interest, taxes, depreciation, and amortization whereby: 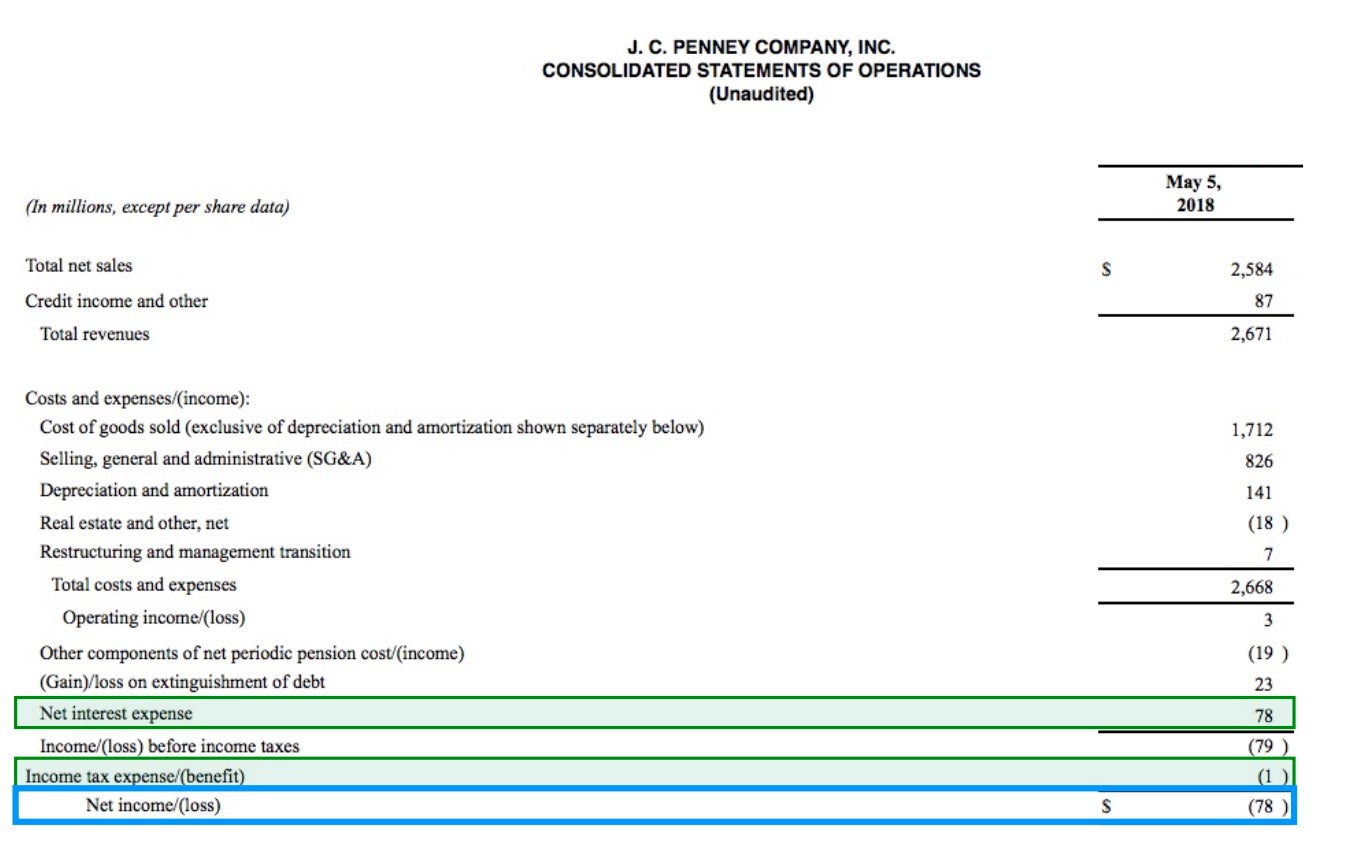 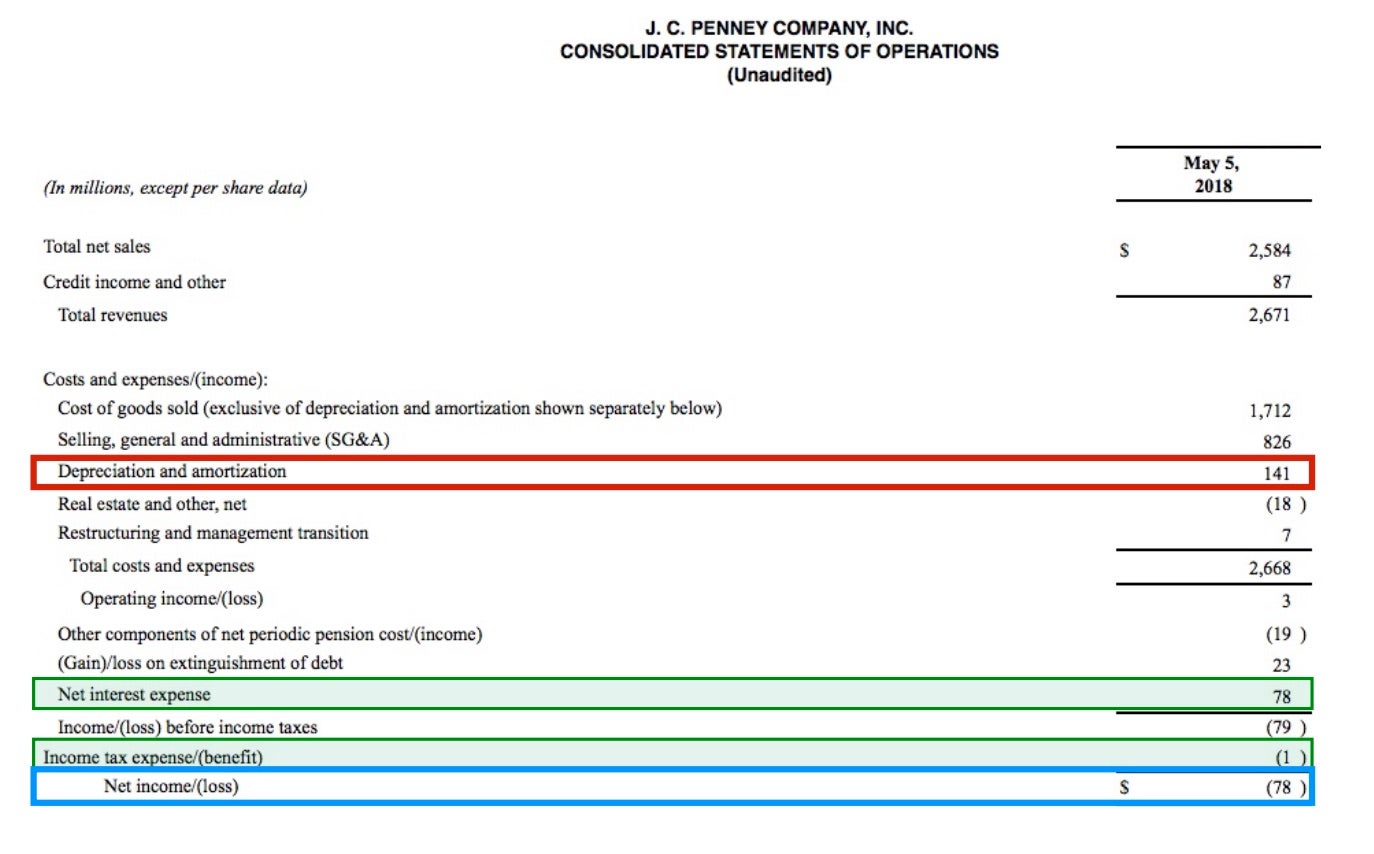 We can see from the above example that EBIT of $1 million was entirely different from the EBITDA figure of $140 million. For JC Penney,  depreciation, and amortization adds a significant amount to profits under EBITDA.

EBIT and EBITDA are both important metrics in analyzing the financial performance of a company. The differences in profitability in our example shows the importance of using multiple metrics in the analysis.

EBITDA can also be calculated by taking operating income and adding back depreciation, and amortization. Please note that each EBITDA formula can result in different profit numbers. The difference between the two EBITDA calculations might be explained by the sale of a large piece of equipment or investment profits, but if that inclusion is not specified explicitly, this figure can be misleading.

Both EBIT and EBITDA strip out the cost of debt financing and taxes, while EBITDA takes it another step by putting depreciation and amortization expenses back into the profit of a company.

For more profit analysis, please read "How Are Gross Profit and EBITDA Different?" and "How Are EBIT and Operating Income Different?"