How are EBIT and operating income different?

EBIT (earnings before interest and taxes) is a company's net income before interest expense, and income tax expense have been deducted. EBIT is often considered synonymous with operating income, although there are exceptions. Investors and creditors use EBIT to analyze the performance of a company's core operations without tax expenses and capital structure costs distorting the profit figures. EBIT is calculated by the following formula:

Since net income includes the deductions of interest expense and tax expense, they need to be added back into net income to calculate EBIT.

Operating income excludes taxes and interest expenses, which is why it's often referred to as EBIT. However, there are times when operating income can differ from EBIT. 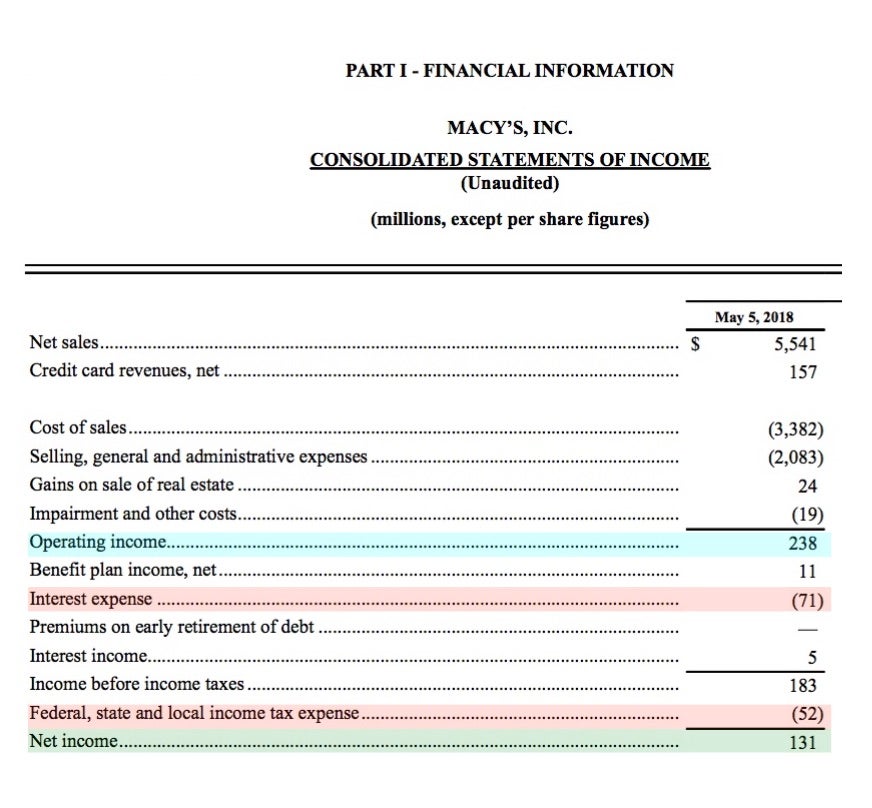 In the case of Macy's, we can see there was a benefit plan credit of $11 million and interest income of $5 million totaling $16 million and gives us the difference between operating income and EBIT calculations.

EBIT and operating income are both important metrics in analyzing the financial performance of a company. Our example shows the importance of using multiple metrics in analyzing the profitability of a company. For example, a company may have interest income as a key driver of revenue such as credit financing whereby EBIT would capture the interest income while operating income would not.

For more of analyzing profits, please read "How Are Gross Profit and EBITDA Different?"